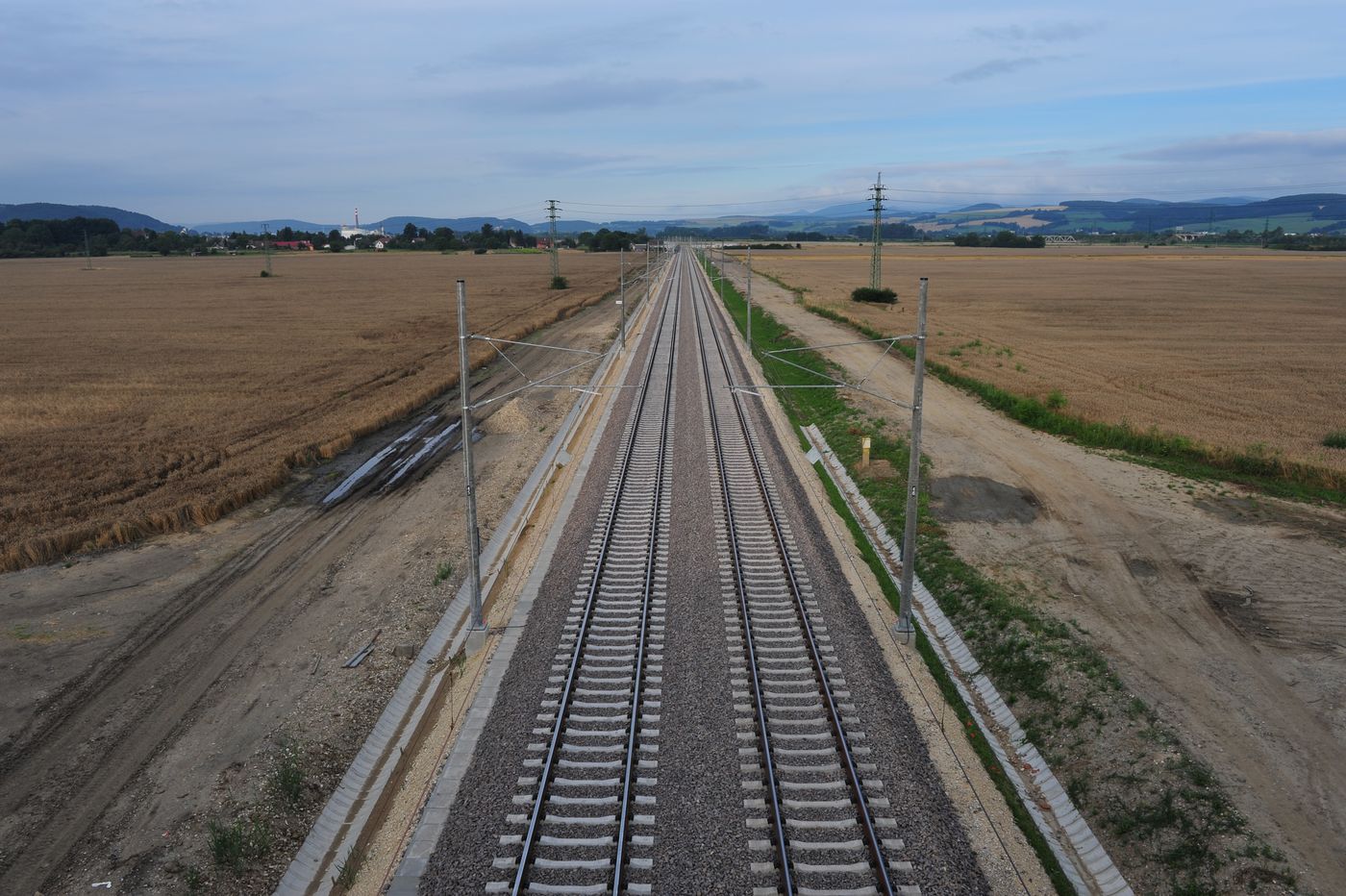 In spring 2010, PORR s.r.o. took on the renovation works of a 20km-long railway line from Trencianska Tepla to Belusa, located 140km northeast of Bratislava. The route is part of a huge modernisation and expansion project of the European corridor, leading from Austrian Kittsee via Bratislava to Žilina and further to Čierna nad Tisou. Besides the renovation measures, the main goal was to allow trains a cruising speed of up to 160km/h.

Specifically, the contract comprised track foundation earthworks, track construction, the renovation of stations, the construction of roads and pipelines as well as the installation of a signalling system.

PORR s.r.o. carried out most of the work in the consortium using its own capacities. The track-laying work was carried out in cooperation with the colleagues of the railway construction department of PORR Austria.

After a construction period of four and a half years, the project was handed over to the client on time. The renovated railway line was ceremoniously opened on July 1, 2014. In the course of the project, PORR s.r.o. proved itself once again as a competent and reliable partner for major railway projects in Slovakia.

The 20km-long section of the European railway network was modernised and expanded to achieve a cruising speed of up to 160km/h.

After a construction period of four and a half years, the new railway line was ceremoniously opened on July 1, 2014.

The contract also comprised the renovation and construction of railway stations along the road, making travelling by train more comfortable for passengers.